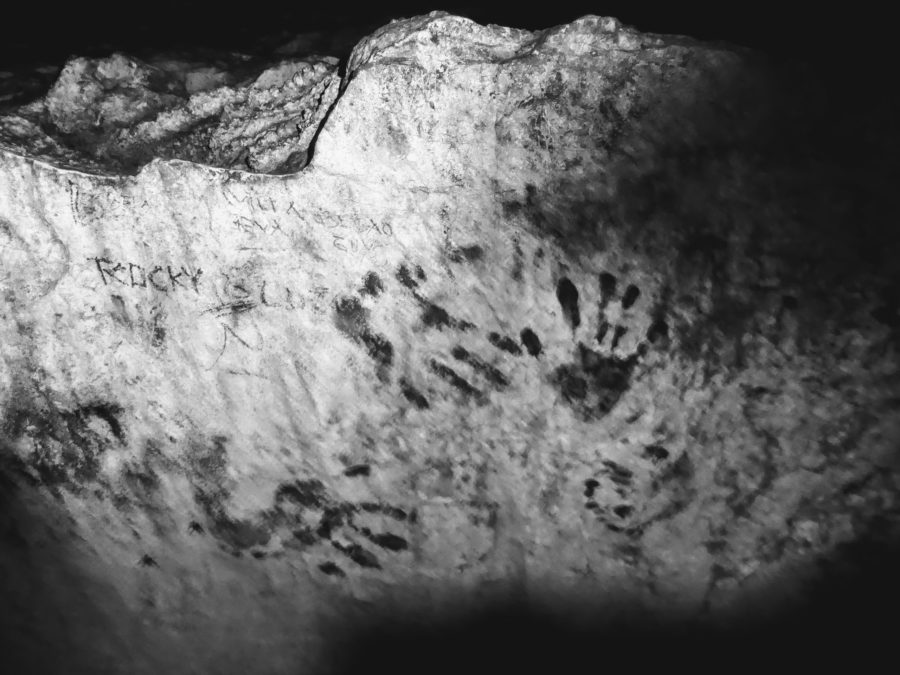 Out of the corner of my eye my flashlight lit something up, my brain was immediately on high alert. Was that what I thought it was? As my eyes focused on it I quickly realised it was a human skull. I was deep underground in Lumiang Cave and would be staying underground for the next 2.5 hours 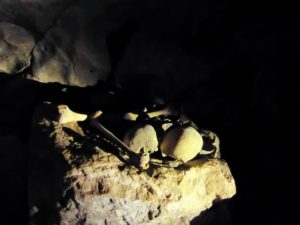 Spelunking (what most people know as caving) in the cave connection between Lumiang and Sumaguing Cave in the Philippines was a hair-raising experience. Lacking any safety equipment but under the expert eye of my guide, I crawled, slid and at some point bounced from one slippery cliff to another within this massive cave connection. Sometimes, I used him as a human ladder as I climbed up the rock faces and held onto rope to rappel my way down. 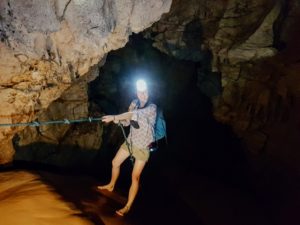 However, not to worry if I fell as I could be added as one more of the over two hundred coffins in the mouth of this cave. As an ancient burial site for the local people, it really had an eerie feel to it especially when we came across a few skeletons that had fallen out their coffins during an earthquake. These coffins inside Lumiang Cave have survived 500 years of natural disasters. 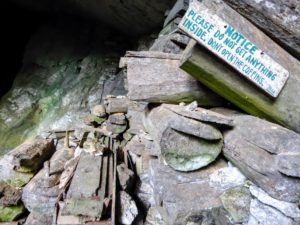 The coffins are placed at the mouth of the Lumiang Cave as it is believed that the light will protect the souls of the occupants from bad spirits. Some of the coffins have carvings of geckos on them, a symbol of long life, meaning that the occupants have lived a long life. Deceased Animistic Elders continue to be placed in caves around Sagada if they can afford the requirements for the gods; 20 pigs and 60 chickens.

It is now less common to see this tradition carried out as American Aid workers introduced the practice of burial. The tradition of visiting their loved one’s grave in a church yard has become stronger than placing the coffin in the burial cave and performing rituals at home. I personally feel that this is a shame as it is important for the Ilocano traditions to be kept alive. 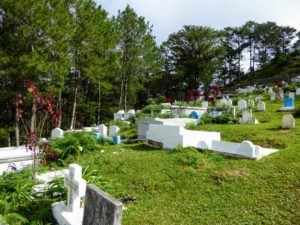 About half way through came the most worrying part. A climb up an approx 11 foot area where I had to use the guide as a ladder. Just be aware that this climb is here as it would have been very difficult to turn around at this point.  The crevices you had squeezed through coming down are not as easy to get through going back. 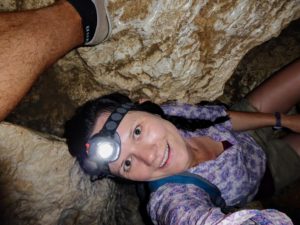 There are many different rock formations within the Lumiang Cave. After wading through a pool of water we came across a formation called the mushroom. I thought I would ask my dad, the know it all of rock formations to explain how this is caused out of interest. Here is what he said:

“This is a curtain formation, like a wide stalactite, caused by water seeping down a sloping cave roof and depositing calcite as it goes.  Once a small trail of calcite is deposited, water running down the wall is forced along it and more calcite builds up on the existing rim to form a thin curtain”. 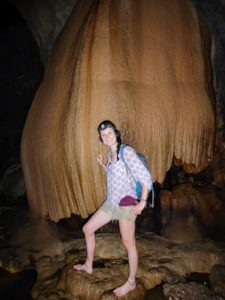 Getting closer to the Sumaguing Cave, the cave opens out to what is nicknamed the Dance Hall. It is named this due to a rock called the Dance Floor because of its appearance.  Here you can dance to the sounds of the bats chatting above you. Following this there is the opportunity to plunge into a deep diving pool of ice cold water. Not for the faint hearted.

The cave connection was a pretty private tour – we did end up meeting another group near the end of the route. However, the guide said it was because we were a lot speedier than most. Partly due to my travel buddy and myself being quite focused and cooperative when it came to carrying out instructions from our guide. Perhaps this was as neither one of us wanted to leave the cave with a broken bone or worse. 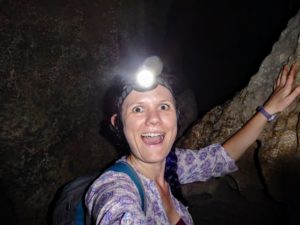 However once we got into the Sumaguing Cave, the traffic was a lot busier. I would really recommend doing this cave instead of the cave connection if you are not physically fit or you have any of the problems I have written in Tip number 1. Come here earlier in the morning when there are not so many tourists. 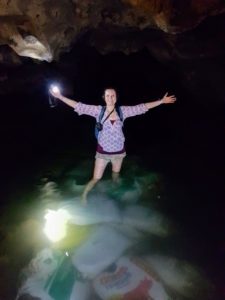 The Sumaguing Cave again had so many different rock formations and at one point you need to abseil down just holding onto a rope. However I am sure there is another route round this if you are not so keen. Again there are areas to swim in the ice cold cave water but it is not as spectacular as within the cave connection tour.

What is your thoughts about being in the cave with the dead? Have you been caving before? Please comment below. Don’t forget to subscribe (It’s free!) to my blog for more  posts like this and interesting travel tips.

1/ A fun, adrenaline filled trip and not for the faint hearted, claustrophobic, those scared of heights or of a nervous disposition. It is a tough couple of hours and is what I would class as an extreme sport. Also due to the crevices you have to slide through, it’s not for those carrying a few extra pounds or who are out of shape. If this is you then you can still go into the cave but I would really recommend the main cave and not the cave connection. 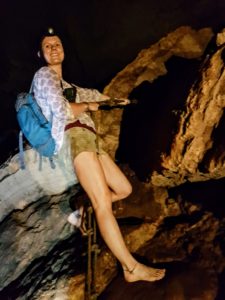 2/ You have to have a guide to go into both Sumaguing Cave, Lumiang Cave and the cave connection. The prices are fixed and you can hire a guide at the Tourist Information Centre in Sagada Town. The cost of visiting both caves and going through the cave connection as well as stopping off at the hanging coffins (which can be seen by the road and is not echo valley) is P800 for one person and P400 per additional person.

4/ You will at one point have to wade through water that will come to knee height. I would advise you to wear something that you can roll up. I wore shorts which was fine for me as the rocks are so smooth in the cave although I did get a couple of scrapes. 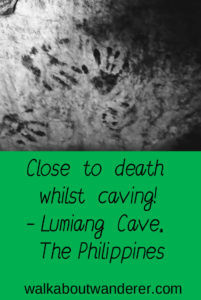