From Switzerland to Italy: A Journey Through the Swiss Alps 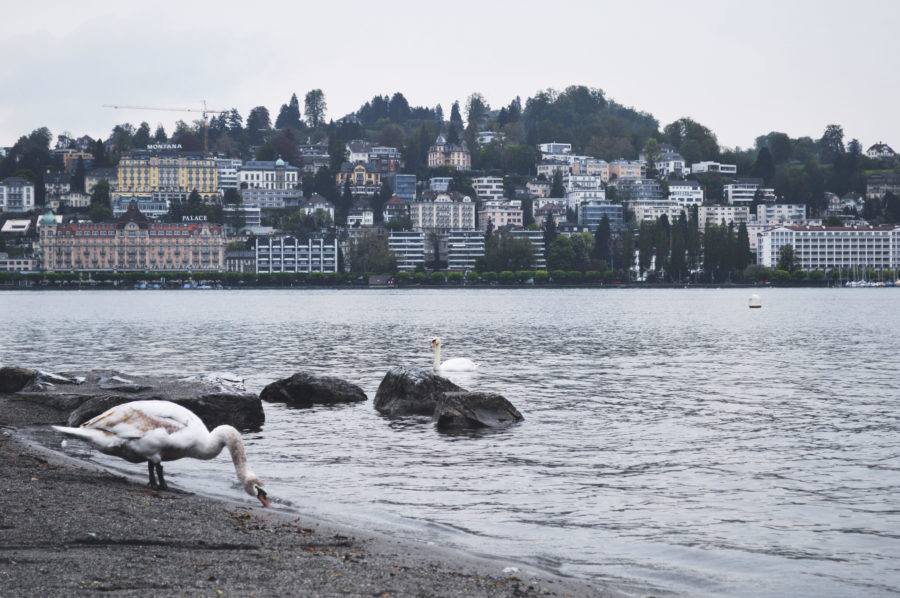 (The following is a guest post by Diana Chen, from MVMT blog)

For years, I had been hearing about the scenic train routes through the Swiss Alps, and in April 2015, I decided I had to see it for myself. I booked a flight to Zurich and set off to explore the Swiss Alps from Switzerland to Italy on the train with a view.

The first thing I noticed when I arrived in Zurich was the amount of greenery and nature that existed in this “major” city. Even from the city centre, I had a nice view of the Swiss Alps. 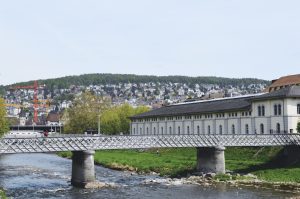 As soon as I dropped off my bag at my hostel, I went straight to Üetliberg, a mountain in the Swiss plateau that’s part of the Albis chain. This mountain reaches 870 meters high and offers panoramic views of Zurich. From Zurich main station, you can take the S10 train to Üetliberg, which runs every 20-30 minutes and takes only 20 minutes to reach Üetliberg. Once you reach Üetliberg, there are plenty of options for hiking, biking, and even paragliding. 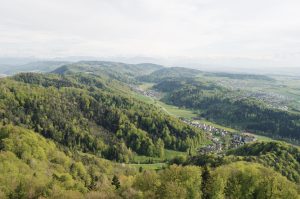 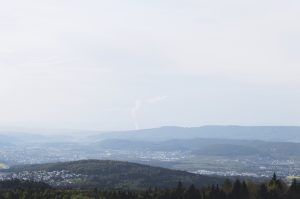 The next day, I took a day trip to Liechtenstein, the world’s sixth smallest country. Trains run regularly from Zurich to Vaduz, the capital of Liechtenstein, and take only about 1.5 hours. Unfortunately I wasn’t able to get any good photos of the journey from the train, but I did take note of a few towns I would love to re-visit one day.

The first is Pfaffikon, a municipality covered in rolling hills and quaint little houses. On the other side of the rolling hills are pastures with cows. Next we passed through Mols and its neighboring settlements in the municipality of Quarten. These settlements are located on the lake in front of the Swiss Alps, and the views were to die for. Just past the lake was Walenstadt, which looked like a larger town with restaurants, shops, hotels, and even a car dealership. If you have the chance to drive, these are a few cities I would stop at, or if you’re taking the train like I did, I would recommend paying special attention as you’re approaching these towns so you can get some quick photos.

Fancy taking the chocolate train through Switzerland? Read all about it here.

When I reached Vaduz, I was again on a mission to find the best views of the Swiss Alps. I hiked up to the Vaduz Castle and saw some spectacular views along the way. Although it was a relatively warm day, the mountain peaks in the distance were covered in snow. It was a really amazing experience gazing out at the snow covered mountains while lounging outside in a tank top. 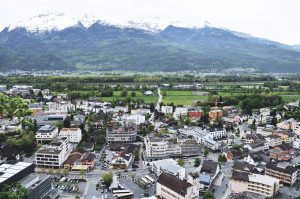 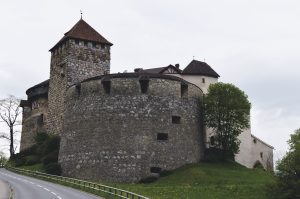 After returning to Zurich that night, I set off the next morning for Lucerne, one of the most beautiful and serene places I have ever been to. On a clear day, you can see the snow covered mountains in the distance, even in late April/early May. The city was full of parks, lakes, and mountains – I could not have asked for a more beautiful view. 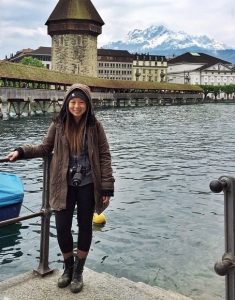 The next morning, I set off for Mt. Pilatus with a few travelers I had met in my hostel the night before. We took the gondola up to the mountain peak, and the view there was breathtaking. At its highest point, Mt. Pilatus is 2,128 meters high. In the summer, you can take the boat from Lucerne to the gondolas, but as the weather was still slightly temperamental when I was there, my only option was to take the bus from Lucerne to the bottom of the gondolas.

Finally, I was off to Italy, but not before I took a quick stop in the Italian-speaking Swiss town of Lugano in southern Switzerland. The train ride from Lucerne to Lugano was breathtaking. Again, I would recommend driving if you have the chance, so you’re able to stop along the way for photos, but I was perfectly content gazing out the window at the beautiful views. I have the tendency to doze off on trains and other transportation, but I could not stop staring at the incredible scenery, with the Swiss Alps in full view during a majority of the trip. 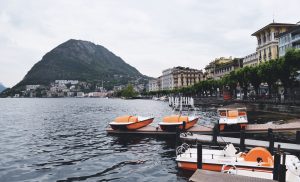 Lugano was by far one of the hilliest cities I’ve visited. Walking from the train station down to the main square was a work out, to say the least. I only walked around for a couple of hours, but with a heavy backpack on, it felt like I had been walking around for an entire day. When I embarked the train once more to head to my final destination of Milan, Italy, I was just happy to be able to sit down and relax. The sun had already set by this time, so I didn’t get to see much on the last leg of my trip. 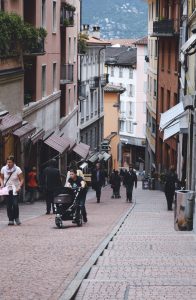 The Swiss Alps are a sight you must see for yourself. If you have only a few days in Switzerland, I would recommend following the itinerary I outlined above, spending one day each in Zurich, Vaduz, Lucerne, and making a quick stop in Lugano.

Have you seen the Swiss Alps? Where did you find your favourite view? What are some must-see cities in Switzerland that I missed? Let me know in the comments below, and follow MVMT Blog for more travel tips and incredible photos from around the world! 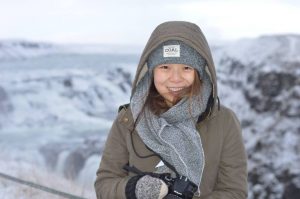 Diana Chen is one of the two sisters behind MVMT blog.

As an attorney living in Chicago, she likes her job but loves to travel. Her expertise lies in fast travel and travelling solo. Diana’s travels so far have focused mostly on Europe and the Caribbean however she has plans to see the rest of the world.